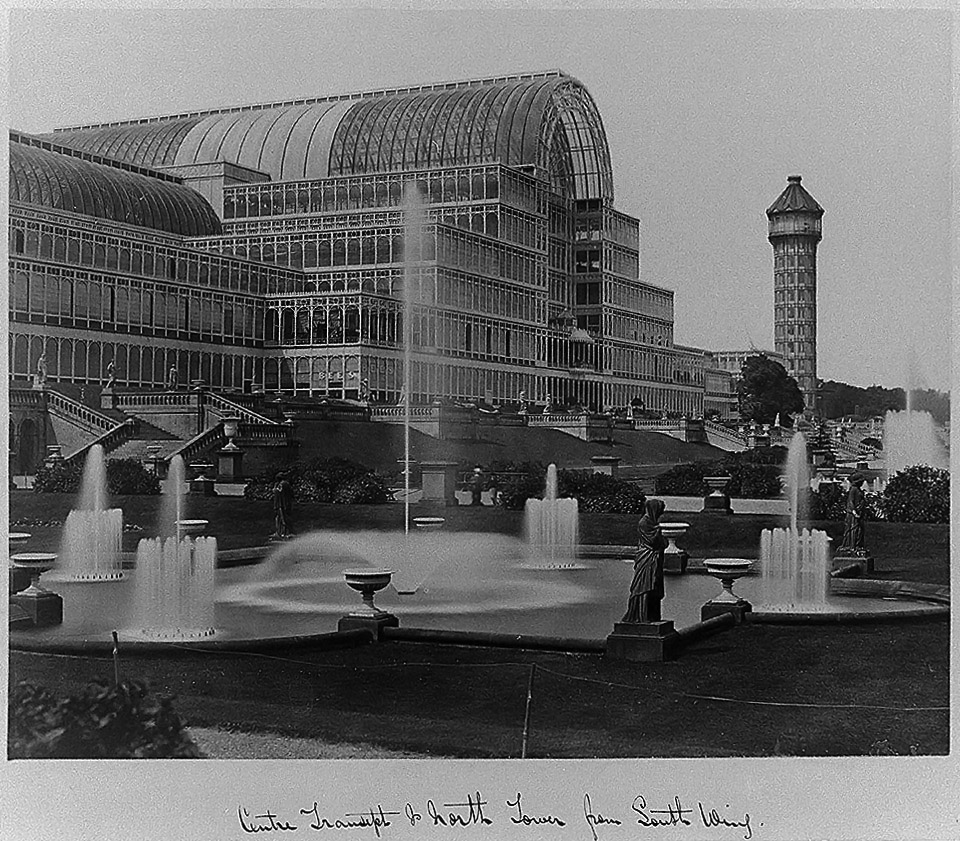 I’ve mentioned the Crystal Palace in previous posts in this series of 10 top structures from my book ‘Building Passions‘.

There is no doubt that it was a hugely significant structure that set an imprint on the industrialising world in the mid 19th Century. Britain had led that rapid new development process and here was a showcase building within which visitors could admire the nation’s industrial pride and heritage. To some extent the now famous 2012 London Olympics opening event was an historical re-enactment of that major change to the world.

I studied the First Industrial Revolution at a British University, so was always going to be keen on a structure that embodied its products. But I’d also gone to school at Dulwich College in South London, near to which the Crystal Palace was moved from Hyde Park, and where it stayed until it tragically burned down in 1936. But a suburb and a football/soccer team still carries its name.

In terms of the Brunels and the Barrys in ‘Building Passions’, the Crystal Palace was one of the few (only?) structures where Isambard Kingdom Brunel and Sir Charles Barry shared combined thoughts on its erection. The designer was Joseph Paxton, an expert in large-scale greenhouses, but of course there was a Building Committee chaired by the civil engineer Sir William Cubitt, to which Brunel and Barry belonged with Robert Stephenson and a few other eminent individuals.

The iron and plate glass design influenced both Brunel’s Paddington Station as well as Edward Middleton Barry’s Floral Hall, adjoining the new Royal Opera House. It also showed the wider world what could be done with these two key building materials. In Chicago this influenced innovative architects to start using them to design taller, lighter (both meanings) office structures with new elevator technology. The word ‘skyscraper’ entered our vocabulary. Steel replaced iron as a cheaper but more tensile metal, and so the industrial era moved into the rapidly growing commercial cities of the world, most typified in the 20th Century by New York and its Empire States Building.