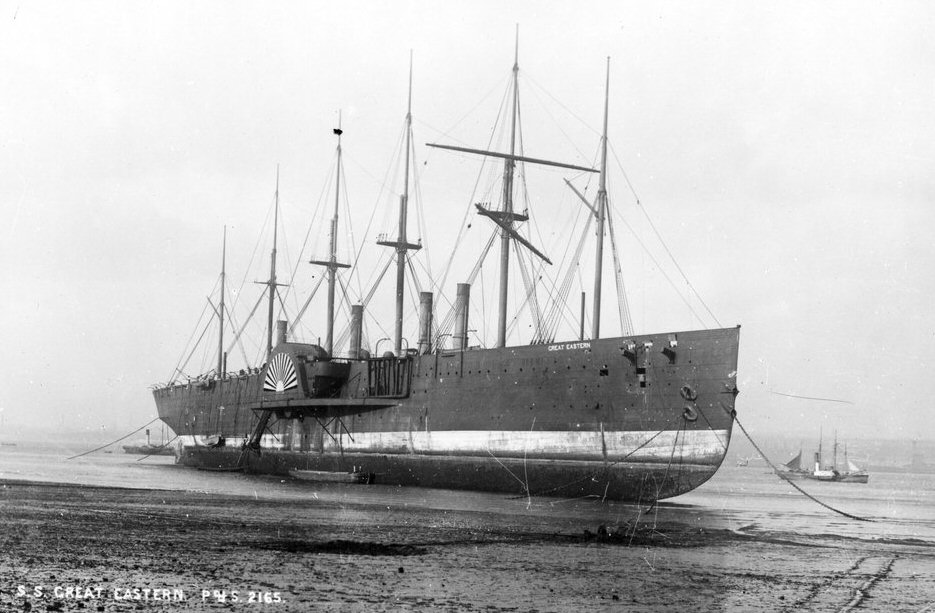 Many years ago when I was a child, I remember watching a TV programme about the great engineer Isambard Kingdom Brunel.

The programme covered his early life and construction of tunnels, bridges and railways. But the achievement that most appealed to me was his realised ambition to build the largest steamships in the world.

The first such ship was the Great Western, followed soon by the Great Britain, both designed and built in Bristol. However, it was Brunel’s final project, the SS Great Eastern that most stood out for me. Here was a truly gargantuan vessel which would eclipse others for many decades to come.

The monster ship was launched with much difficulty on the River Thames in London. Brunel also fell out with investors and his notoriously difficult collaborator John Scott Russell. Finally, there was an engine room explosion on the maiden run.

IKB never lived to see what happened to his ‘Leviathan’. His civil engineer son Henry kept an interest in the ship and replaced his father as a close personal mentor with the famous naval architect Sir William Froude. The ship’s greatest role was to lay the first transatlantic telegraph cable.

The Great Eastern therefore features on my list of favourite structures in my book ‘Building Passions‘ as the only ship. It raised all kinds of technical issues as a vast iron structure designed for many people. Up-ended it would have represented a skyscraper far ahead of its time!